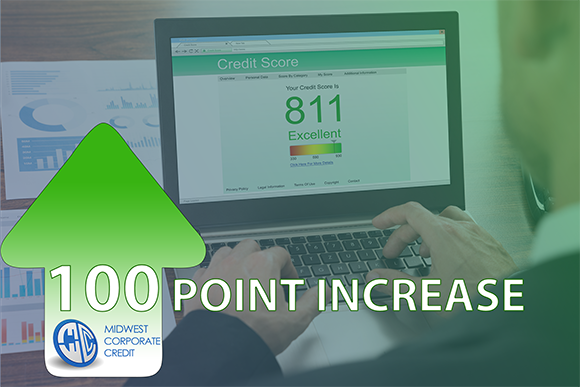 This free training shows you all the secrets banks don't want you to know.

Complete the form below to learn the secrets

Fill out this simple application

Funding as soon as 7 days

On May 9, 2022, I had a consultation with a prospective client. He was interested in going through our business credit card program. Unfortunately, his credit scores were not high enough to qualify.

He told me about how his business is growing fast and he can get a very high return if he had additional capital to invest. I can sympathize with his situation. Most of the clients that we serve are in the same boat as this client. On 5/9/22, he had an average credit score of 637.

The crazy thing about this client was the fact that he has NEVER been late on any payments or defaulted on any debt.

Here’s a snapshot of the report: 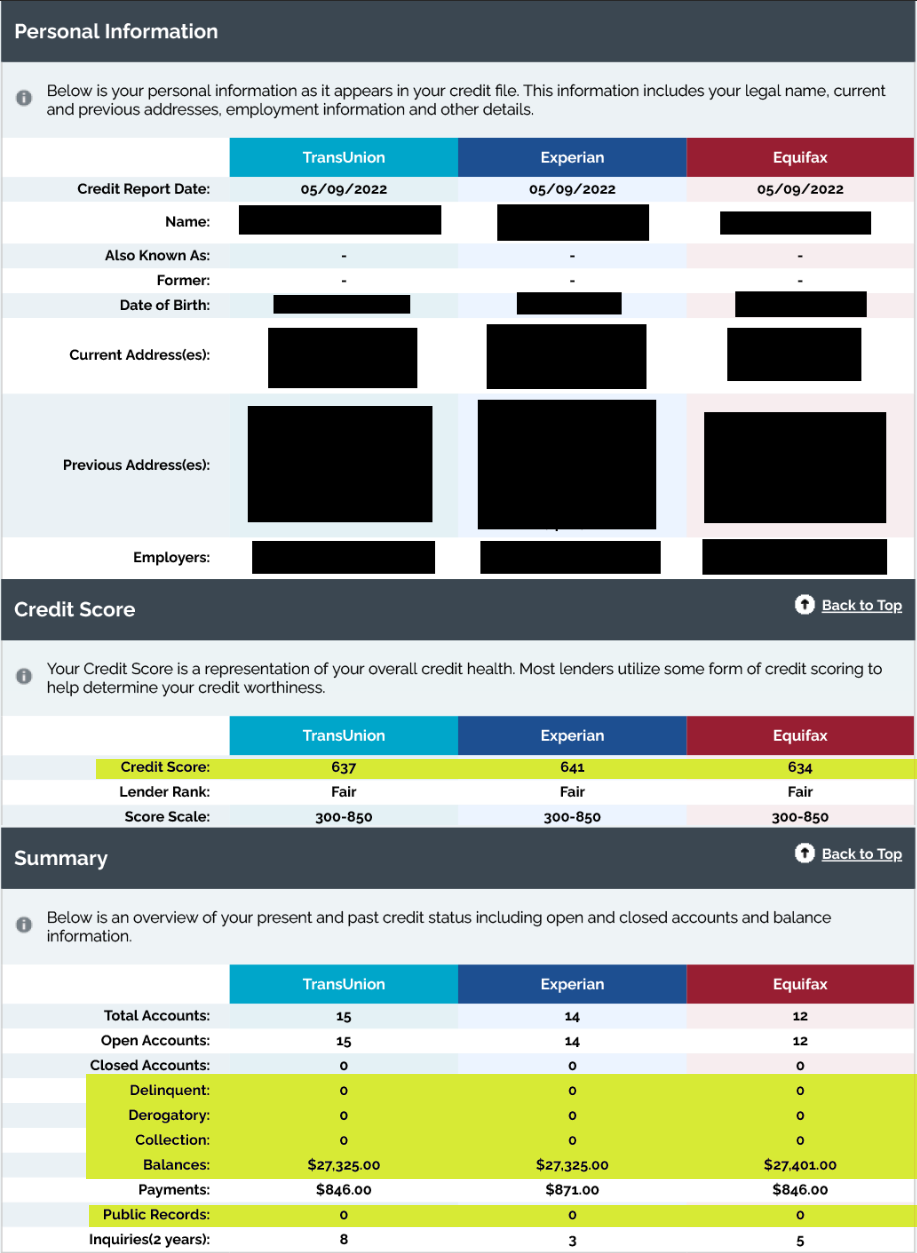 So what was causing the low credit score? Let’s dive a little deeper. There were over a dozen open accounts reporting on his credit, including this teeny-tiny revolving account.

I had a sneaking suspicion that the client’s score was artificially low because he was over the limit on his AmEx card by only $20. It turns out the client had just opened the card and used it for some business expenses. He used the entire amount because it had a 0% intro rate and then accidentally went over the limit on the last purchase he made.

I gave the client a game plan to strategically pay down these personal credit cards and we would have a follow up conversation in a month.

The client is super excited on our follow up call. His scores had surged by 114 points!

Below is the snapshot: 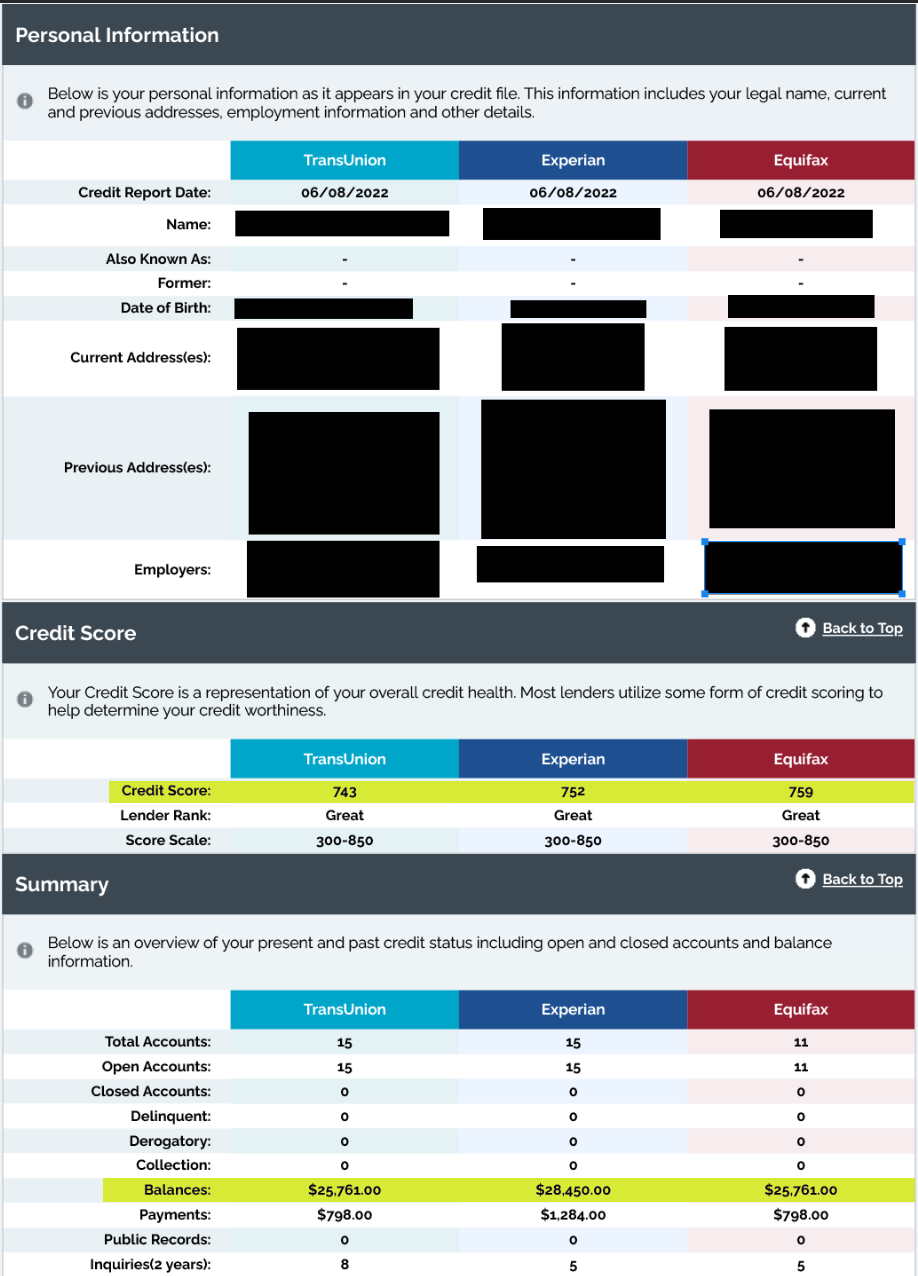 Although the total amount of debt on his report didn’t change much, the teeny-tiny Amex account was paid down to below 50%.

As you can see, the Amex has been paid down:

The client is going through our business credit program now and we’ve already gotten him approved for $78,000!

On our last status call, he choked up and told me about how this funding is going to completely transform his business. He’s going to buy inventory in bulk at a lower cost AND he’s going to be able to sell confidently now since he KNOWS he has enough inventory on hand to fulfill order quickly. It’s like unlocking a money flywheel!

We provide more case studies and finance tips weekly, but you won’t know when we do unless you complete one of the steps below!

This free training shows you all the secrets banks don't want you to know.

Complete the form below to learn the secrets

To inquire about building additional business credit, click the link below

Speak with a Growth Consultant

Don’t want to wait? To submit a secure prequal and get a free consultation, click the link below